I’ve always enjoyed taking fight photos, and I have Combat Room to thank for that, with special mention to Charles Smiler (RIP), who gave me the opportunity to shoot my very first ring side photos at Combat 1. So with the gym moving to a new location, I would like to take a look back at the progress and improvements to the fight photos I’ve taken since I started taking them, big thanks to Combat Room.

Honour 4 was the very first Muay Thai fight I have ever shot. I took the shots from the audience seats while also supporting my friends who were fighting on that night.

At Honour 5, I was still shooting from audience seat, but I started to learn more about timing, and how to anticipate, turns out it’s not that much different than anticipating an attack while sparring or fighting, you are still looking for that twitch a split second beforehand.

Combat 1 was my very first ring-side fight photo gig, and the first thing I noticed when I stood by the ring that night was that everything looked so different from there. 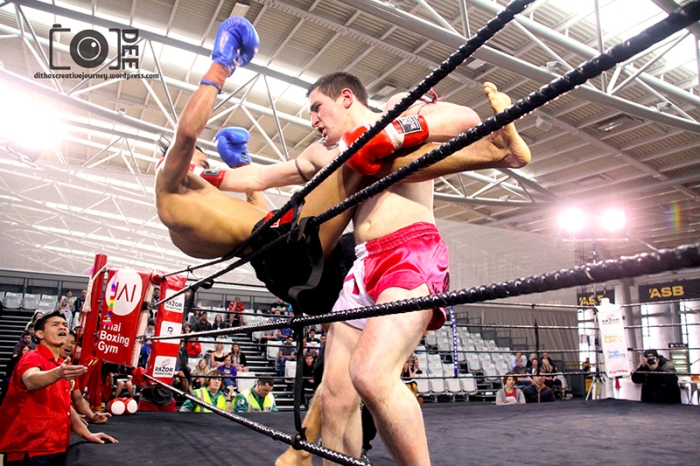 At Siam 1, I found myself more comfortable this time around, and in general I was happy with the results, but I also learned that I need to work on my endurance so that the results of my shot are consistent throughout the whole event. 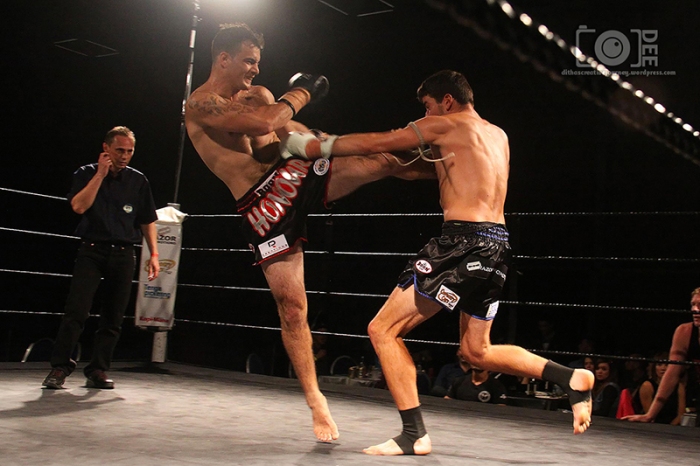 To date, I found my favourite shots were from Honour 7 fights, mainly due to the great lighting setup and the venue, and I was happy with the overall result of the shoot.

I found many problems shooting at Honour 8 due to the lack of lighting, and it was the driving force for me to try out another lens that I have been eyeing for awhile for my next shoot.

The Trade Off was my very first boxing match I shot, and it was also the first time Jacob and I shot an event under Silver Duck. This is my first try with the 24-70mm lens and it performed nicely. The challenges I faced at this event: the unfamiliarity to the style of fighting, the low positioned lights, and the fact that the venue was like a freezer that evening due to no heating and the cold temperature outside.

Thank you for the amazing years at Ghuznee St!

One Reply to “Looking back”